This is what the folks at SanDisk (the folks who make storage media) went through recently.  It was obvious that as they expanded their product offerings and as those products got incrementally smaller (like the Nintendo Wii chips), their logo began to suffer from smudge-itis.  Enter a logo redesign process! Read the full article from the team at UnderConsideration.
The logo redesign goals were to:

Despite the fact that many people might look at the after-version and chalk it off as a “whatever”, non-event … the end result (from a designer’s perspective) is the new logo is beautifully done.  All goals were met.  This, folks, is no small feat.

Question: Could your logo stand up to such rigorous scrutiny? 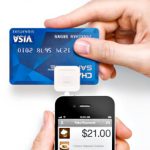