Mashable did a short piece on a Wall Street Journal article.  Transportation Secretary Ray Lahood suggests that automobile manufacturers should stop integrating social media into their new car lines. Let’s categorize some of the issues:

I think Secretary Lahood is justified in his concerns over safety issues. Nothing is more important.  However, without a more holistic view, one might miss out on big opportunities to make improvements in the driving experience and, more importantly, actual IMPROVEMENTS in driver safety.

Let’s do some brainstorming on new products – real and fabricated;

With a smart phone plugged into your car, you’ve added computing capacity and new functionality.

OK, it’s probably a bad idea to do Facebook status updates letting your friends know you just drove past a dead raccoon … with a picture, of course. What if, however;

Each of the ideas above tried to remove issues of distraction and most of them could, potentially, improve driver safety and traffic conditions… and this in one brief blog post.  Let’s see what the automotive manufacturers can come up with, shall we?

Does the World NEED GagaVille?Social Media 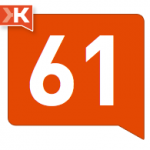