Yesterday, I was a little shocked and surprised to find that I’m ranked #12 in the list of most prolific Tweeters among StatSocial’s Top 100 Social Media Influencers … this is according to DidIt.com in their post “Social Media Power Influencers: Who Tweets Fastest?”  In their post they clearly explain that there was no attempt to evaluate the quality of the tweets in the study:

No effort was made to parse, decode, or subjectively evaluate the content of any given Tweet or Retweet or evaluate its merit or audience relevancy.

This got me to thinking.  Objectively measuring tweet speed/volume is interesting (hence the post) but HOW do those top influencers tweet – THAT would be some great information! It’d be practical for the average Twitter user to see what tools the pros are using.

Sooooo, after scouring through the DidIt post to devour all of their yummy data-liciousness, I powered up a spreadsheet of my own and fired up a couple browser plugins.

Here Was My Process

Here’s the list of the top Twitter tools
Click the links to check out the tools.  They’re all free or have free demos!
The number refers to the number of Top 100 Social Media Influencers who use that particular tool;

To see all the data, download the entire spreadsheet here.

In the top 100, you can see above that Hootsuite edged out Tweet by a slim margin: 27 to 21.   HOWEVER, if you look at just the top 25 influencers, sorted by their Klout score, the numbers flip … with Tweetdeck eeking out a slim win over Hootsuite: 8 to 7.

Only ten (10) of the top 100 influencers opt out of using any type of Twitter management tool.  Instead, they choose to use only (one or both) the Twitter desktop application and/or the Twitter Mobile app.  The other 90 use one or more non-Twitter-owned tools to manage their tweet process.  (shown as yellow in the left column of the spreadsheet)

Twenty six (26) of the top 100 influencers use third party tools almost exclusively…. having 99% of their tweets being sent by the tool, not Twitter desktop or Twitter mobile. (shown as green in the left column of the spreadsheet)

What Does This All Mean?

Here are my takeaways from this dive into twitter tool data:

So, What tools are you using?
Are you using something that’s not on the list above?
If so, let me know, I’d like to keep this tally going.

Here’s an info-graphic to pin or tweet or post or print out to mail to your granny. 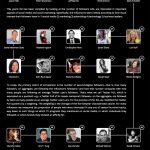 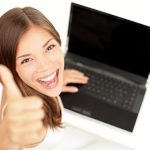